Anna Lynch and Brandon Crump were married
at Sloss Furnace on September 13, 2015.

They lived in the same apartment building and she heard him playing his guitar one evening in 2010.
They started talking and ended up together at a party in their complex.
They began hanging out and their relationship "grew in the great outdoors", with rock climbing, rafting, and hiking.

On October 27th, 2014 while on an 85 mile hike on the Applachian Trail, he proposed to her.
It had rained torentially all week, but this was a beautiful sunny day.
Brandon had hidden the ring in his hat and as he knelt to propose, she had to help keep him steady on this very rocky site. 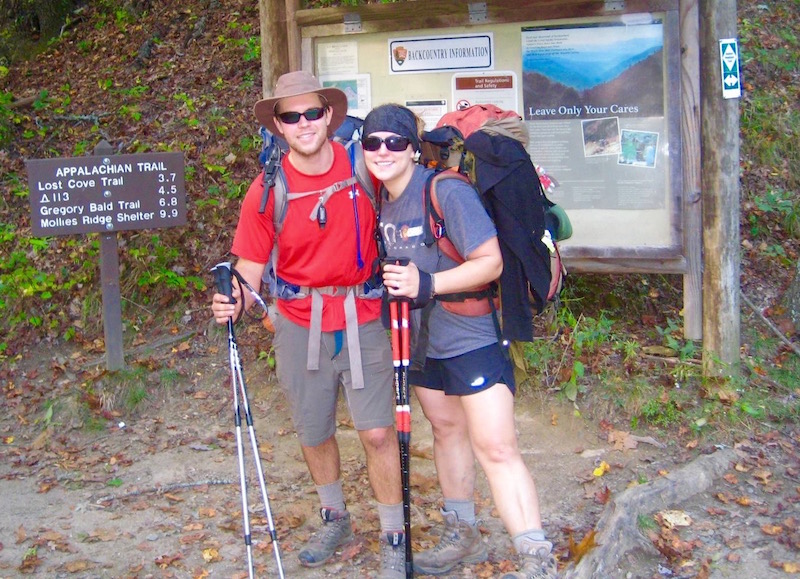 Anna said "yes" and the plans began.
They chose Sloss Furnace as their venue and their wedding day couldn't have been more beautiful! 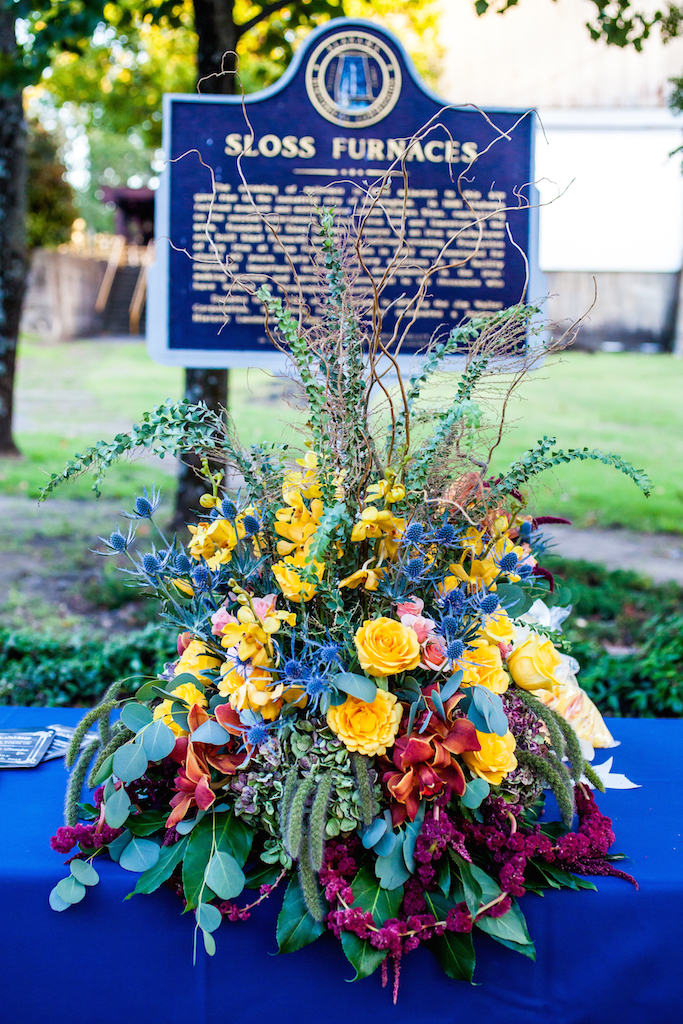 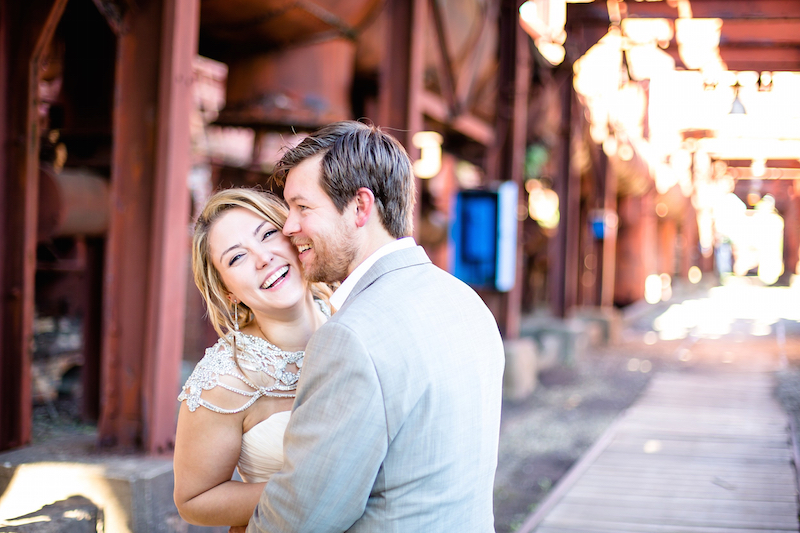 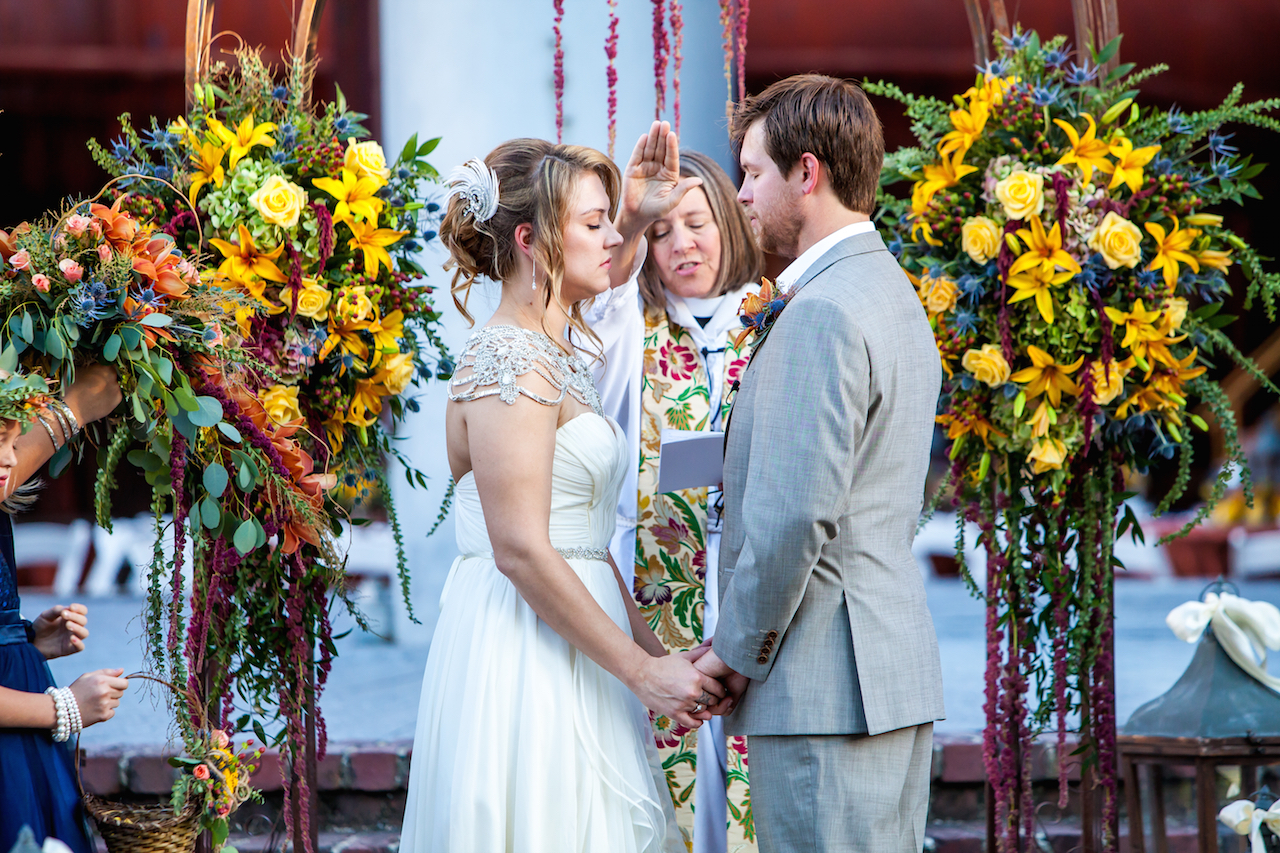 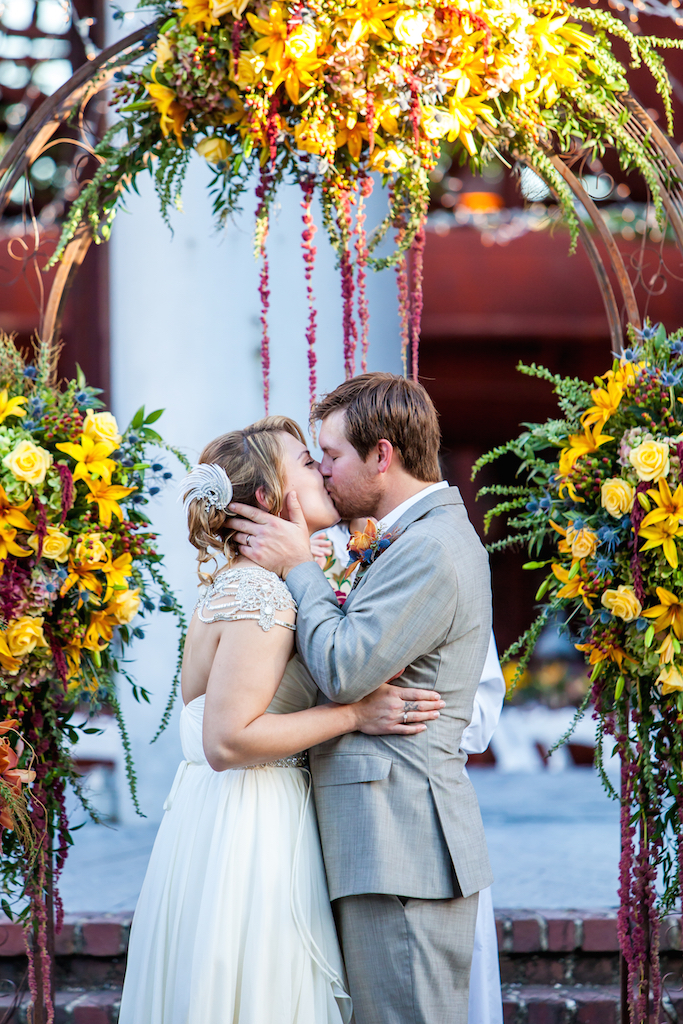 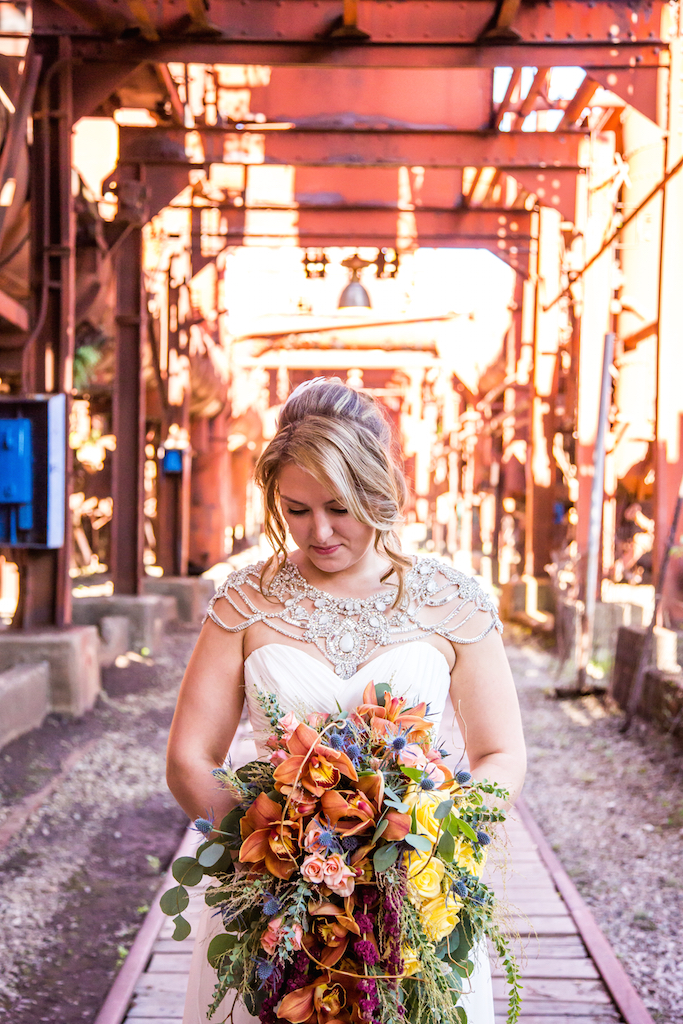 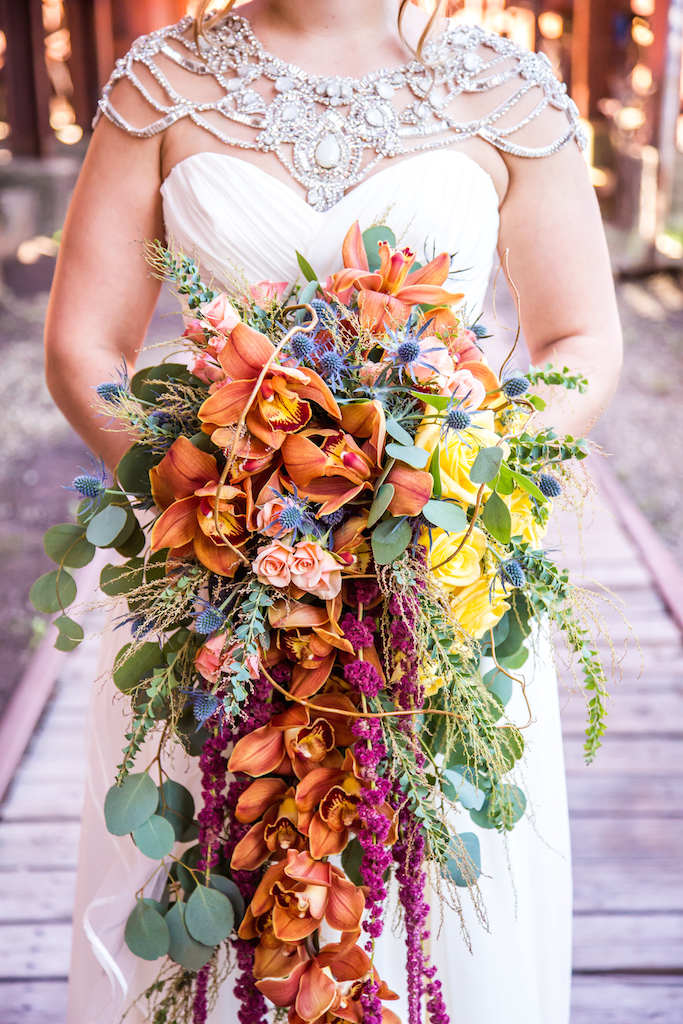 Her throw away bouquet was smaller but had many of the same flowers in her bridal bouquet. 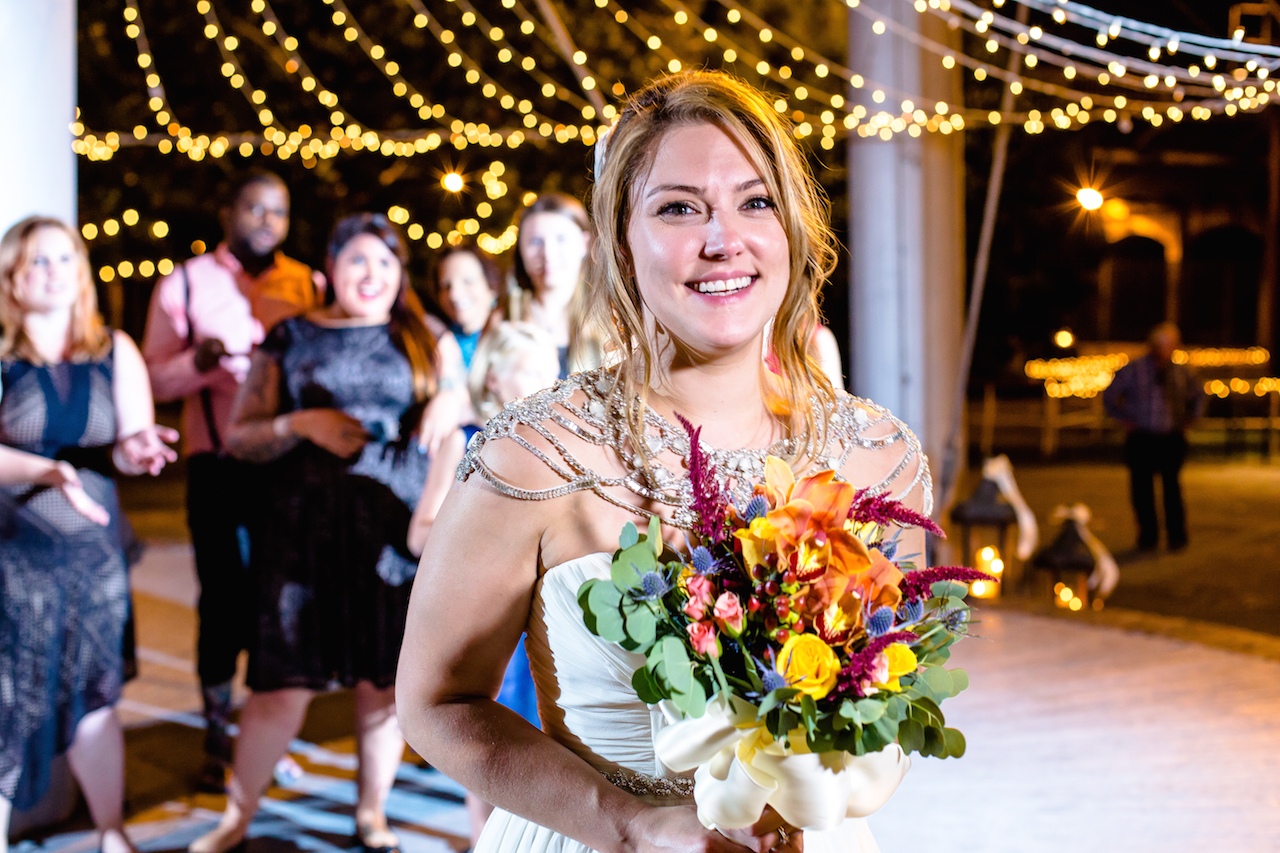 The Groom's boutonnière
was a copper orchid with thistle and eucalyptus bound in twine. 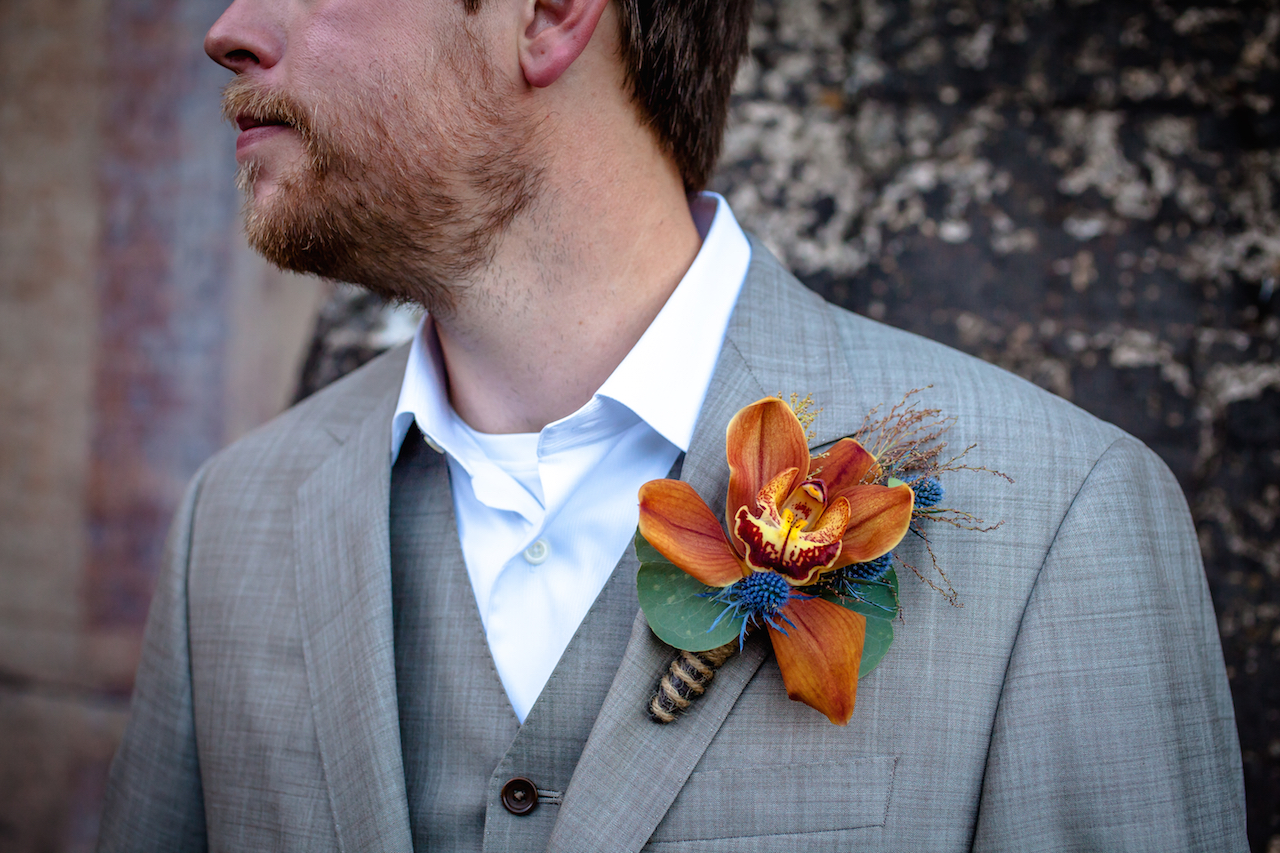 Their dogs Abigail and Apollo were members of the wedding party.
Abigail had a beautiful leash made out of flowers to match Anna's bouquet.  Apollo had flowers on his collar. 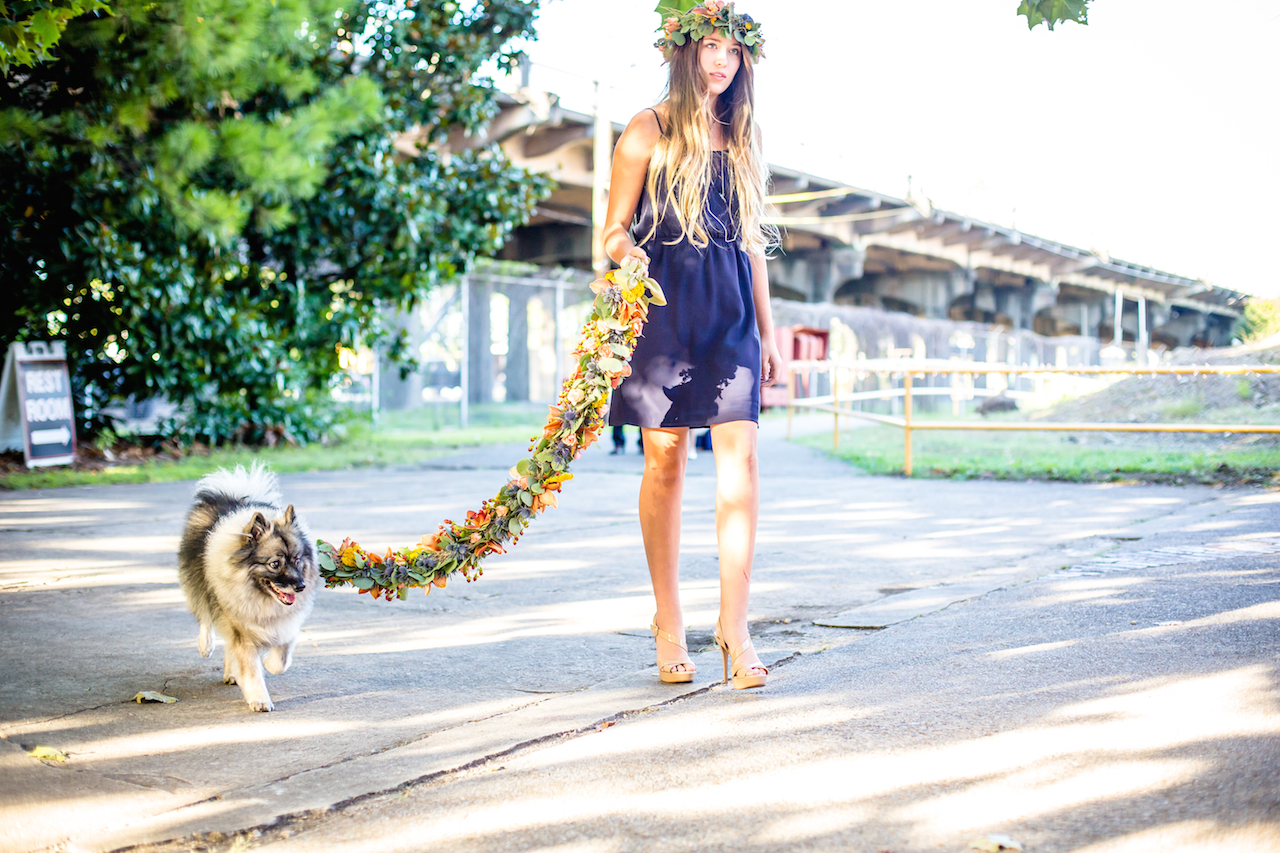 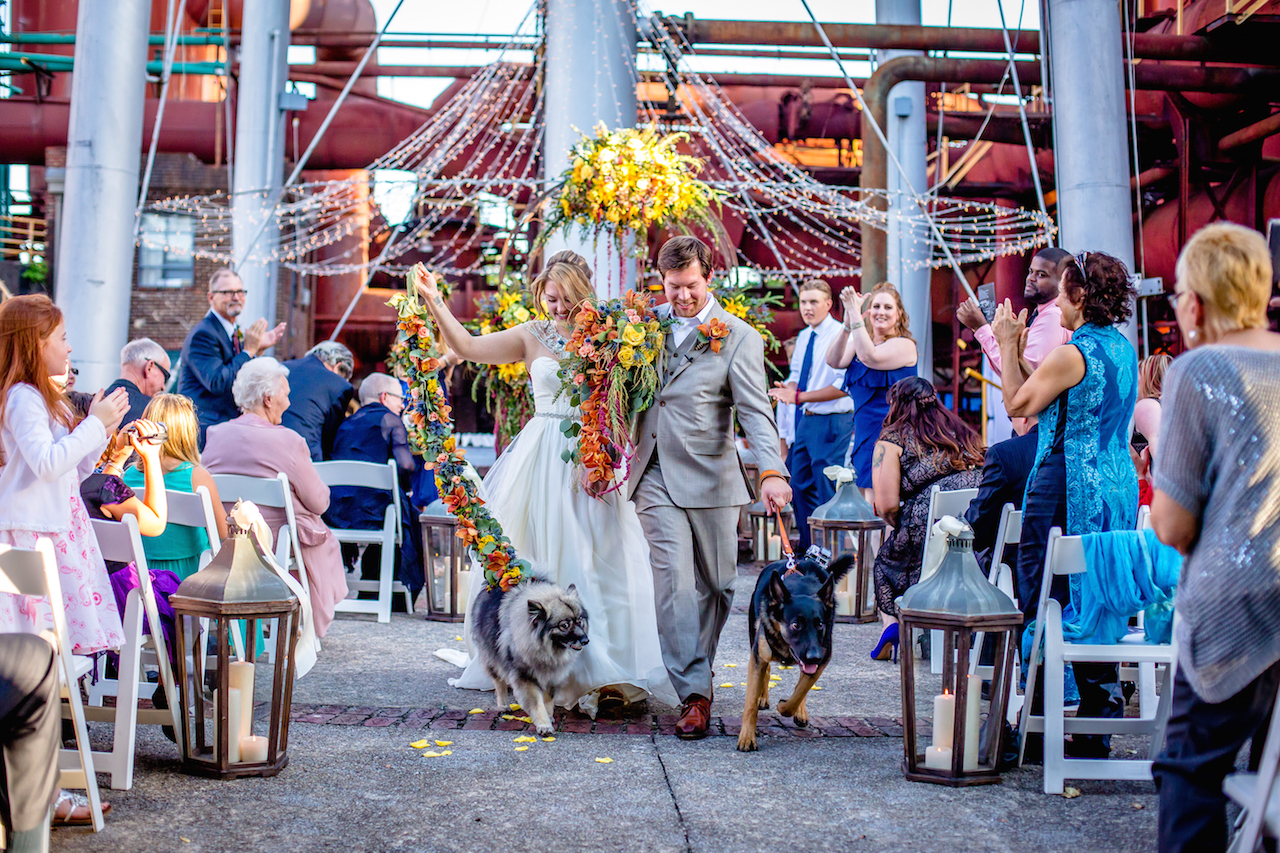 The cakes made by Olexa's were covered in the same amazing flowers with the addition of feathers. 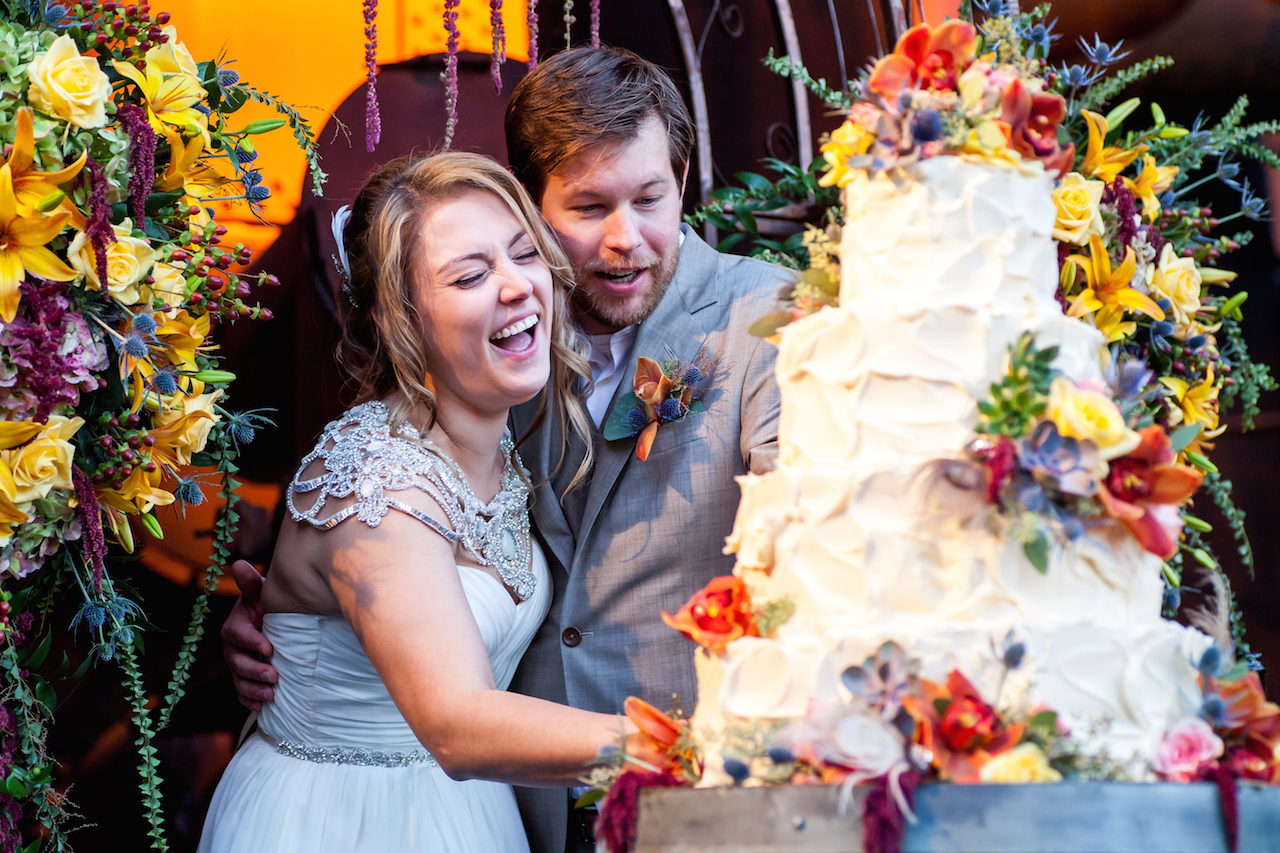 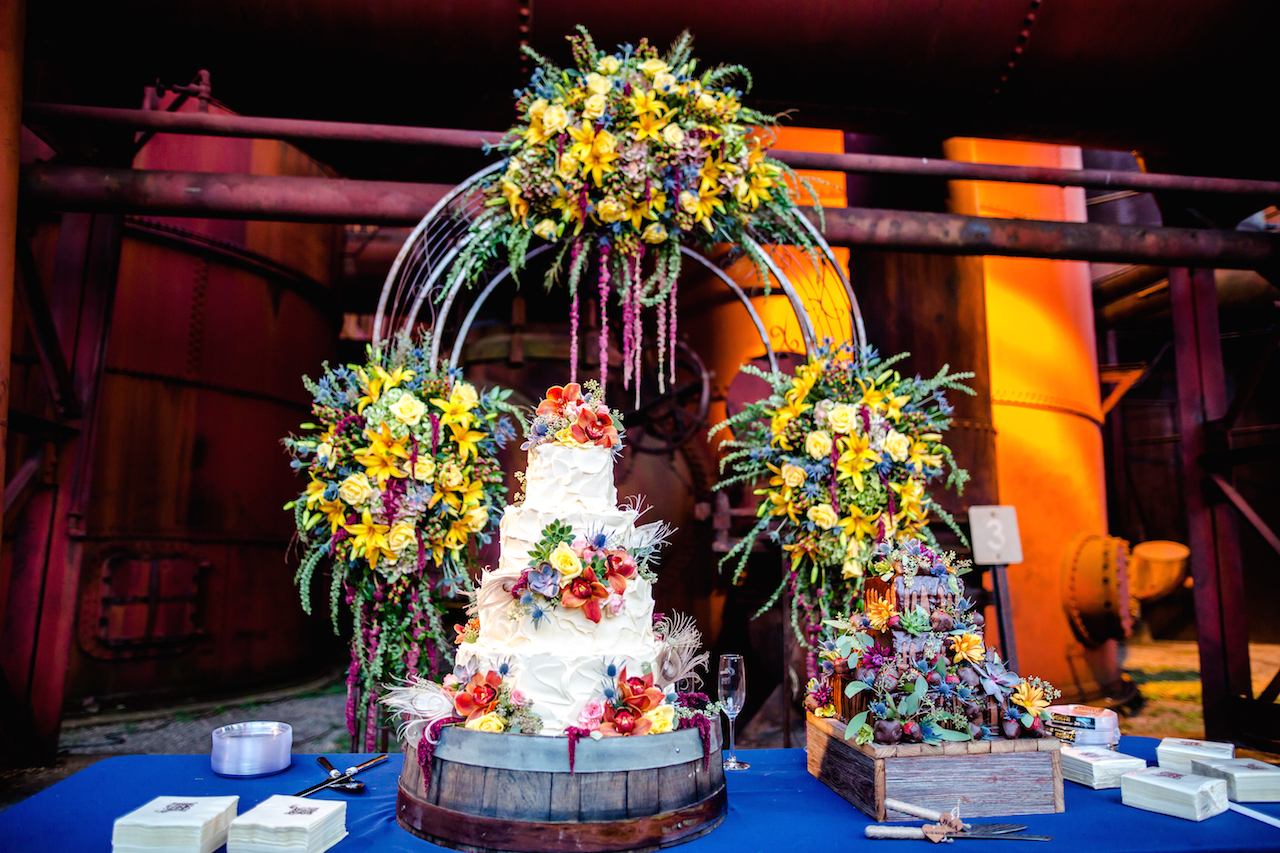 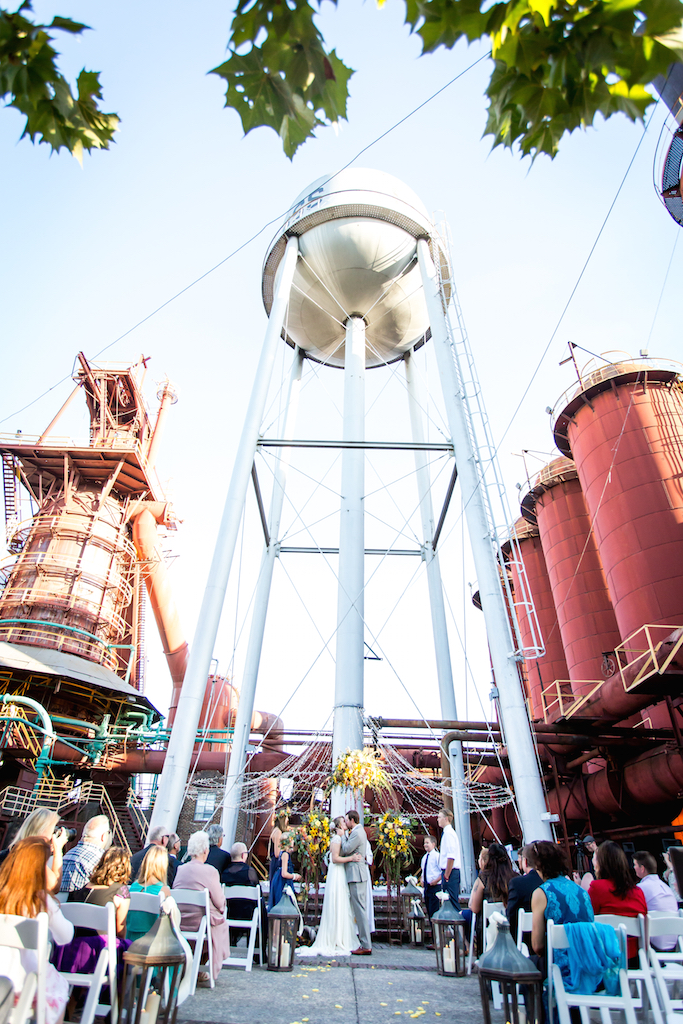 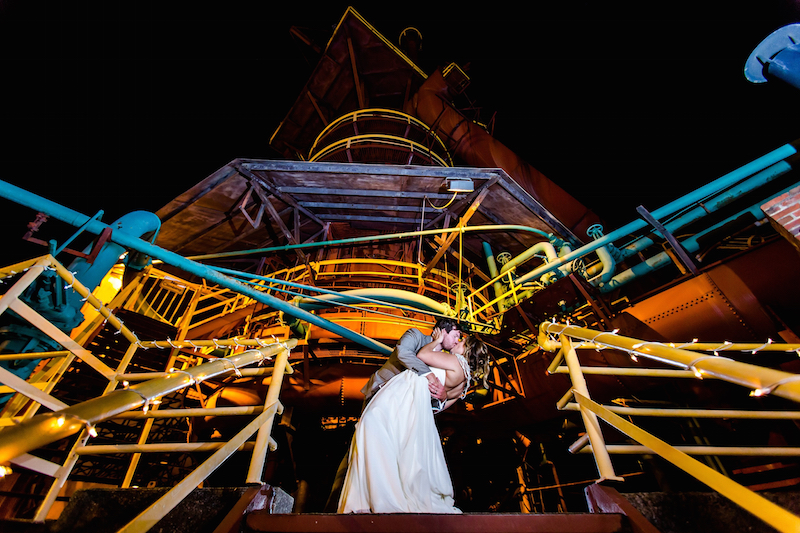 Glenn Mask was the designer and we had such fun planning the wedding with the
help of our good friend and customer of many years, Martha Bidez.
Martha was mindful of every single detail, coupled with Glenn's design skills, which made the outcome spectacular!!