Ruth Penton came to Dorothy McDaniel’s Flower Market with a very distinct style for her July wedding at Canterbury United Methodist Church. She owned lots of mercury glass containers and wanted to incorporate that into a classic, twenties style wedding.

The ceremony took place at Canterbury United Methodist Church’s Chapel and a brunch reception was held at The Club atop Red Mountain. Later than evening a private dinner was held for close friends and family at Hot and Hot Fish Club.

Birmingham wedding photographer Beth Hontzas photographed the day and we’re extremely appreciative to her for sharing her fabulous work! 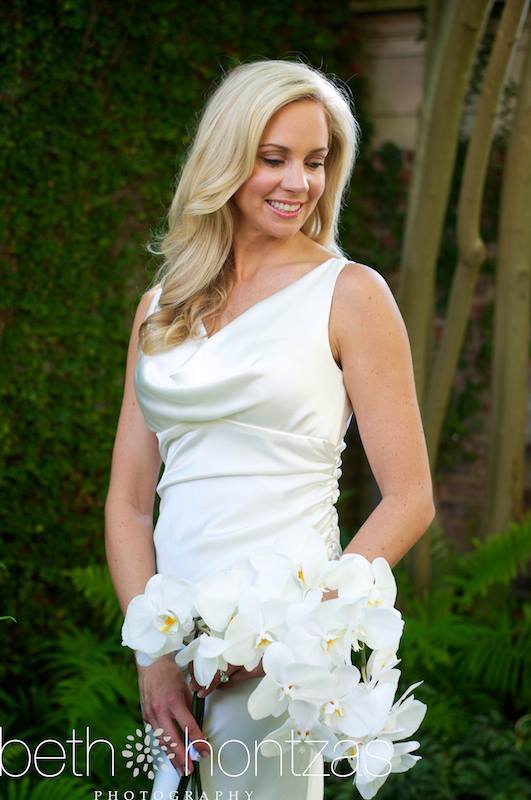 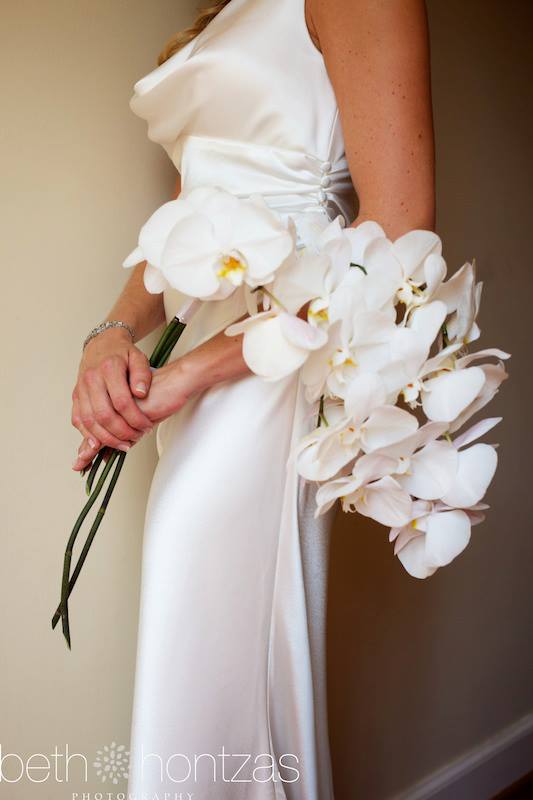 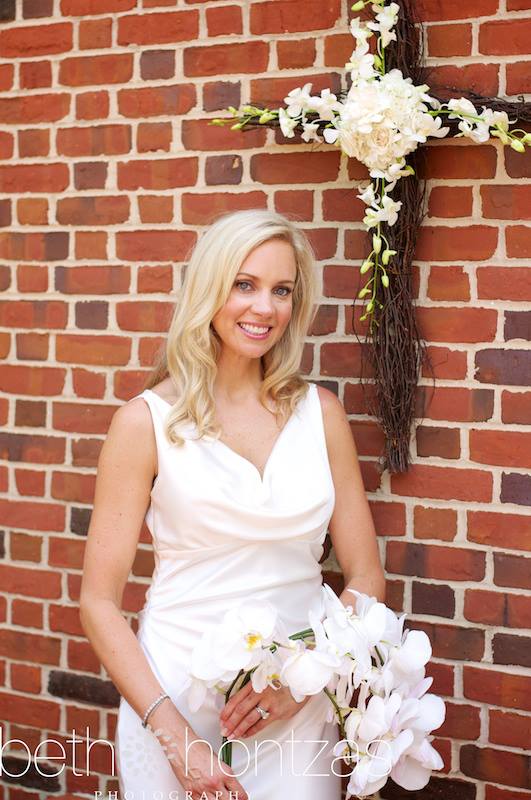 Grapevine crosses were hung on either side of the chapel doors with bouquets of white flowers including white hydrangea and white dendrobium orchids. 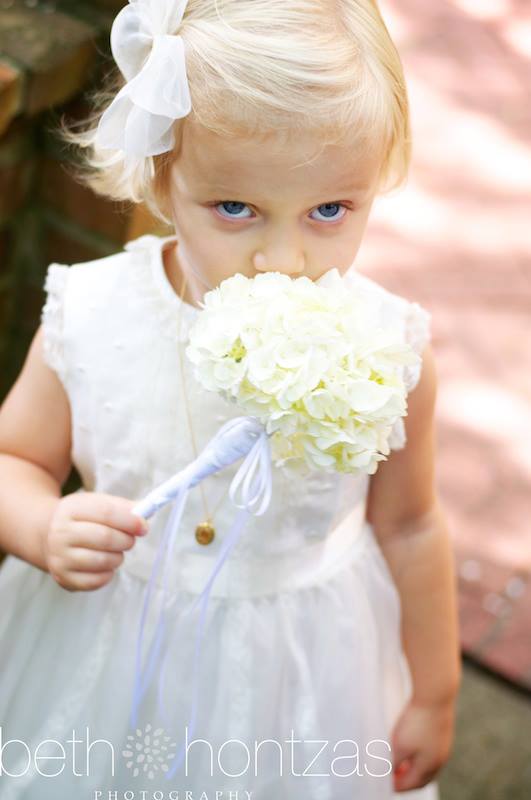 Ruth Penton’s adorable daughter served as her flower girl. She carried a small bouquet of white hydrangea wrapped and tied with a white satin bow. 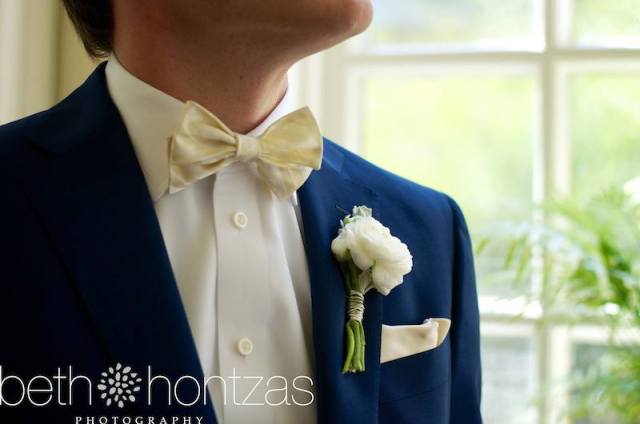 Whitney’s boutonniere was a white ranunculus backed with a single leaf of dusty miller and wrapped with a sleek silver wire. 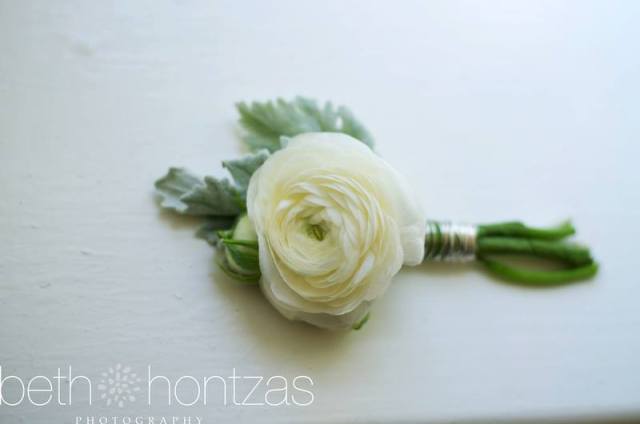 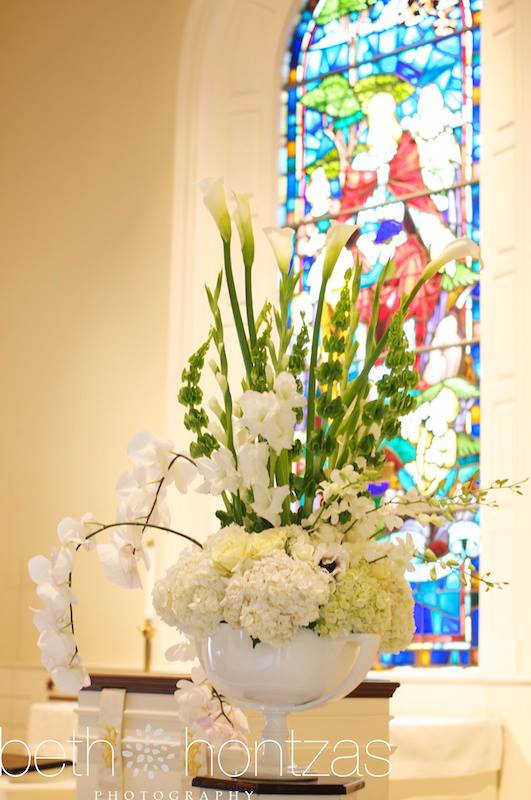 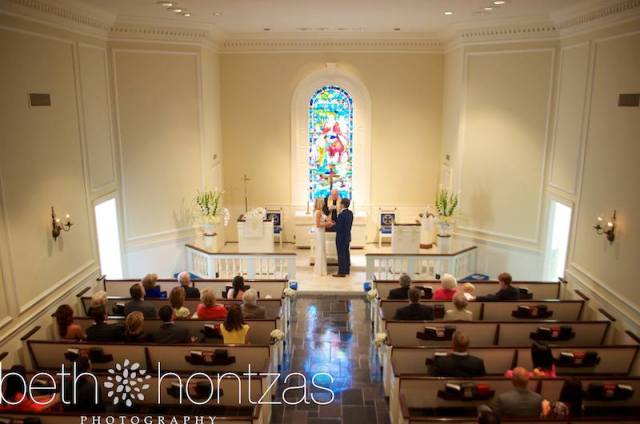 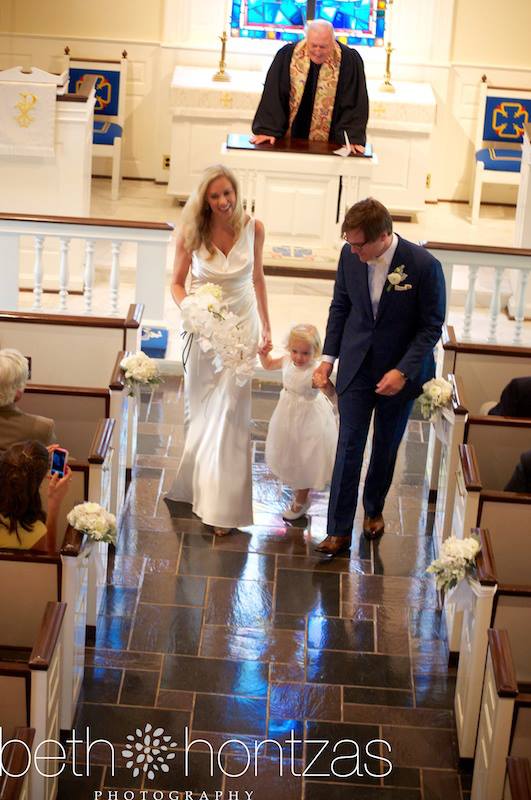 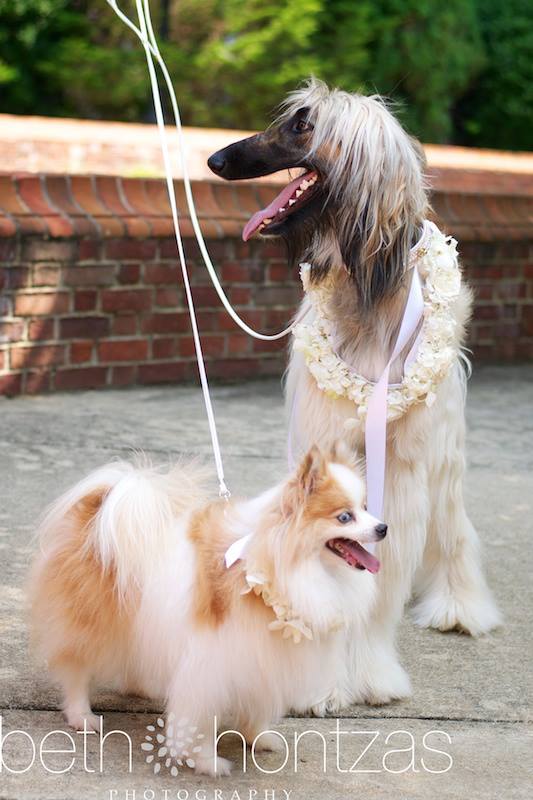 Even the fur babies were involved in the wedding by wearing floral collars. 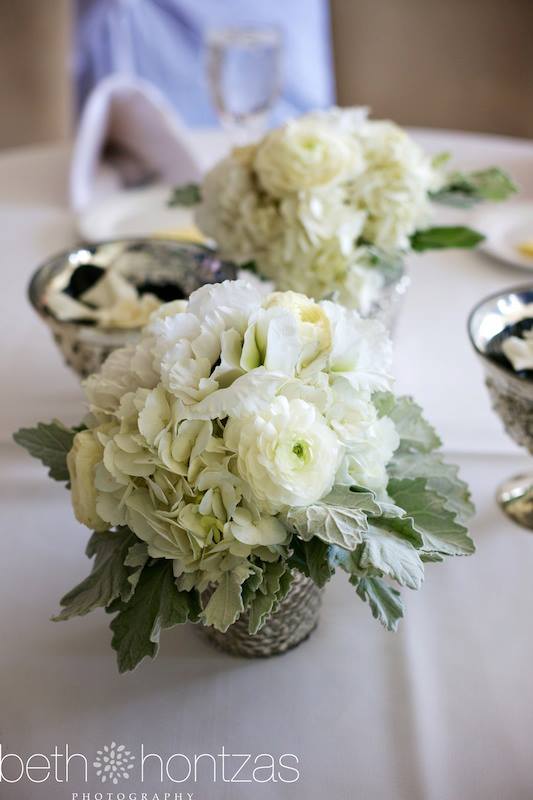 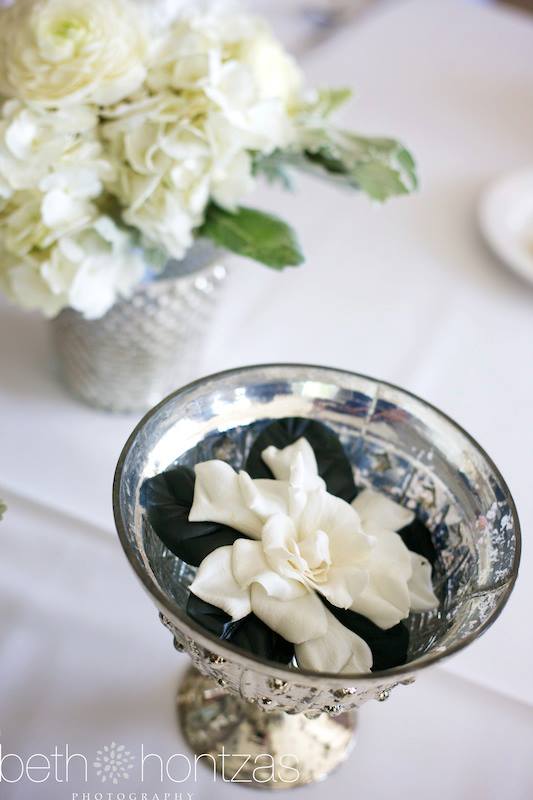 Gardenias were also used by floating them in mercury glass containers. 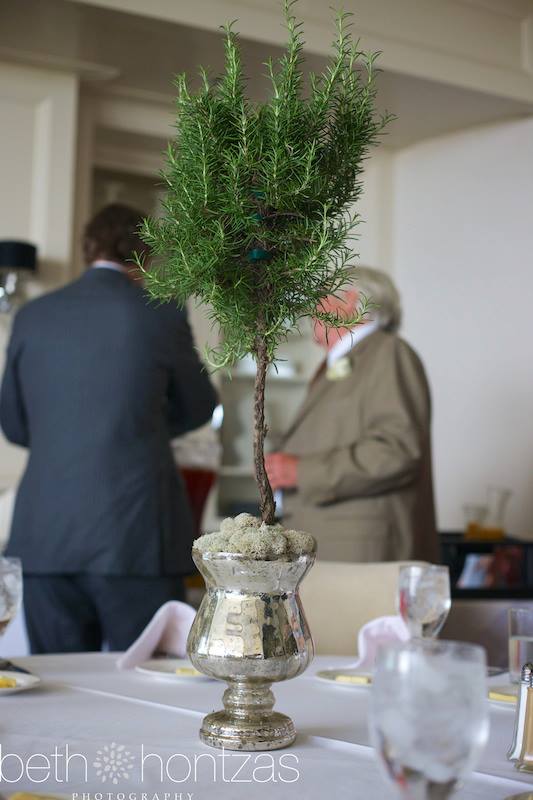 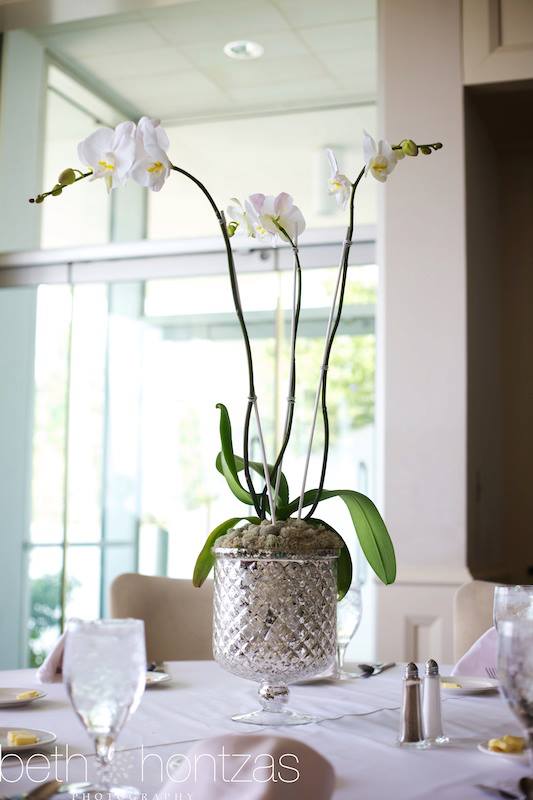 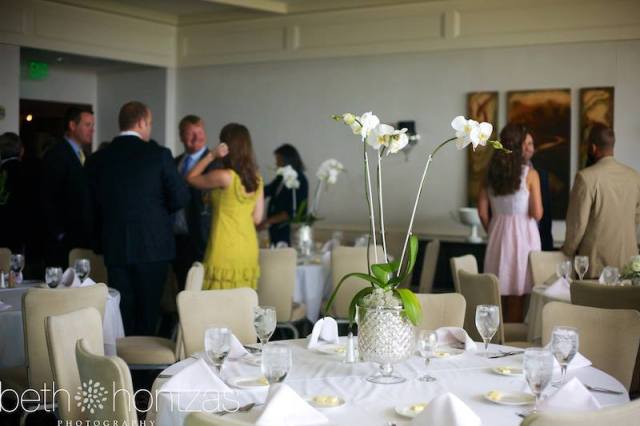 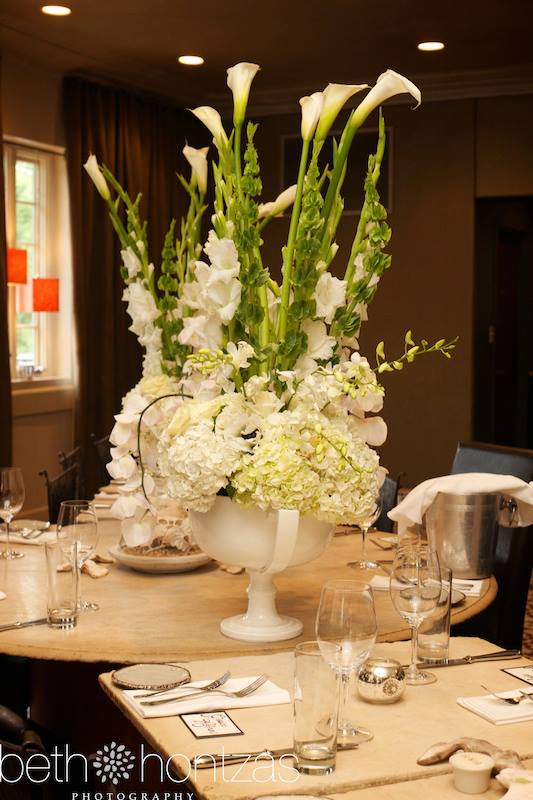 Arrangements from the church were reused at dinner later that evening at Hot and Hot Fish Club in downtown Birmingham. 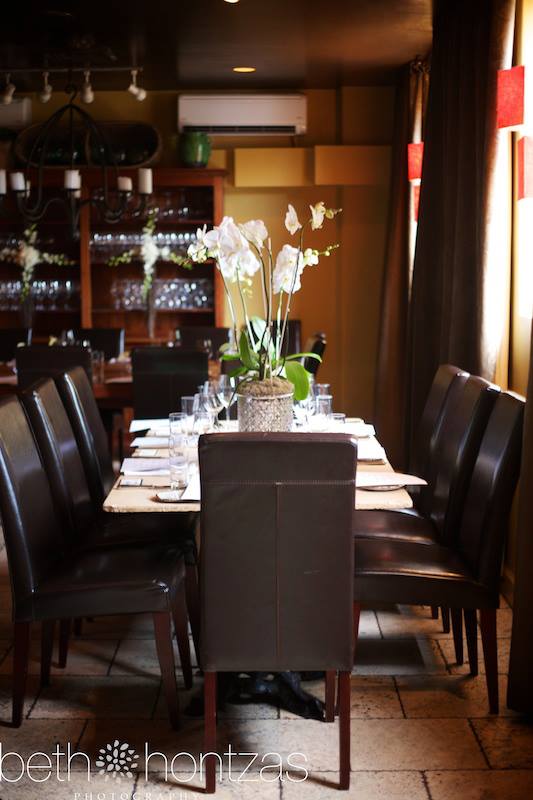 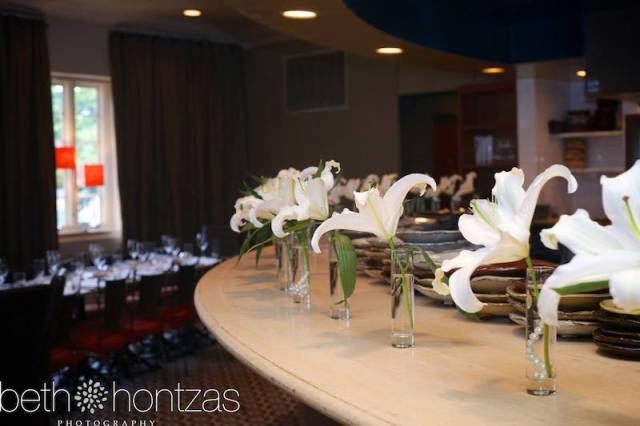 Dorothy McDaniel’s Flower Market is also on the web www.dorothymcdaniel.com